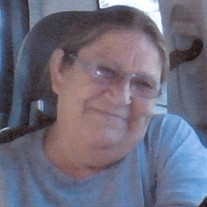 Flossie Smith, age 56, of Evarts, KY passed away September 1, 2014 in Bell Co., KY due to injuries sustained in an automobile accident. She was born August 25, 1958 in Harlan, KY to the late Johnny and Snobia Jones Middleton. She was a homemaker... View Obituary & Service Information

The family of Flossie Smith created this Life Tributes page to make it easy to share your memories.