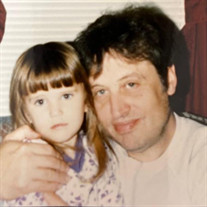 Jerry Lee Bowers, age 70, of Brookside, KY, entered into eternal life on Tuesday, February 8, 2022. He was born on October 6, 1951, in Brookside, KY, to Mack "Duke" and Dorothy Bowers. Jerry was a graduate of Evarts High School, Southeast Community College, and attended Cumberland College. He was a veteran of the U.S. Army, having served his country in Vietnam. Following college and military service, he was employed by National Electric Coil. Jerry enjoyed sports, including baseball, Kentucky football, and basketball, but his favorite sport was boxing. As a young adult, Jerry could be found fine-tuning his boxing skills and boxing with those who also loved the sport. He was dedicated to his Christian belief and was a member of the House of Prayer in Jesus Name located in Shields, KY. Jerry was preceded in death by his mother Dorothy Ellis Bowers and his brother James "Tom" Bowers. Left to cherish his memory are his wife Rhonda Bowers of Brookside, daughter Amber Bowers of Brookside, stepson Tim Hall of Evarts and stepdaughter Lori Paterson of Putney, father Mack "Duke" Bowers of Nicholasville, sisters Sharon (Mark) Thornburg of Lexington, Kim (Randy) Williams of Cumberland and grandson Josh Wynn of Clarksville, TN as well as nieces and a host of family and friends. Mr. Bowers' visitation will be on Monday, February 14, 2022, from 11 am until 1 pm in the chapel of Mount Pleasant Funeral Home. The Funeral will follow at 1 pm with Pastor Bruce Helton officiating. Burial will follow at Resthaven Cemetery, with family and friends serving as pallbearers. The family requests that all visitors please wear masks. Mount Pleasant Funeral Home is honored to serve the family of Mr. Jerry Lee Bowers.

The family of Mr. Jerry Lee Bowers created this Life Tributes page to make it easy to share your memories.