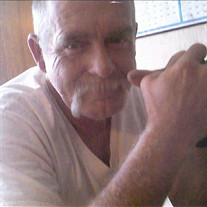 Johnny Paul Lewis 55, of Putney, KY passed away June 19, 2014 at his residence after a long illness. He was born January 13, 1959 in Harlan Co. to the late Bobby Ray and Mary Lewis. He was a retired coal miner and attended The Church of the... View Obituary & Service Information

The family of Johnny Paul Lewis created this Life Tributes page to make it easy to share your memories.